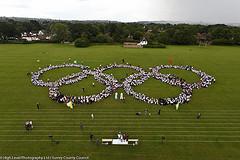 The Olympics in 2002 in Salt Lake City $ 2 billion, in 2004 in Greece 7 billion . Suggest that the Olympics in 2012 in London would cost $ 9,5 billion, the Olympic Games 2014 in Sochi in 2,2 billion dollars. The cost of the Olympic Games is growing with each passing year, more and more heavily invested in the creation of appropriate infrastructure and ensuring the necessary level of security. There is no doubt that Russia will fulfill all the declared plans and commitments, but there will be enough for all of the planned 12.2 billion dollars? However, the economic component is just one part, albeit very important, but not the most important in the set aspects that affect the evaluation and the desire of organizers of Olympic Games. 10-15 years ago such a decision the IOC was not possible even if there is willingness from the Russian side, as on financial, political considerations, and from the point of view security.

For most Russians, this is an event of greater magnitude than the international competitions or huge business project. the matter here. Event that increases the country’s prestige in the international arena and their own self-esteem, which means recognizing not only the sporting achievements, but also political and economic power of Russia. Interesting facts: The Mayor of London Ken Livingstone, at the cost of the Olympics in London in 2012: “Here you have a lot of money in case you screwed up. ” Olympic competition in Sydney in 2000, watched by over 3.7 billion people Experts believe that from about 3 dozen contests today in only three cases, the organizers were able to get real income: in 1948 – in London in 1984 – in Los Angeles and in 1996 – in Atlanta. Losses in 1960 in Rome, was $ 56 million in 1964 in Tokyo – 458 million dollars in 1976, p.