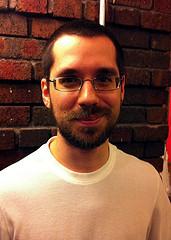 Come of the work, fifth 15 of July, in the end of the afternoon cilma between 25 and 26 degrees. I decided to rent two films, one of them already I knew for the heading, heading this that called me the attention very. The film was the murder of Jesse James for the coward Robert Ford of 2007 directed by Andrew Dominik. I go to confess here that the climate influenced in the choice of the films, and clearly the photograph. It was also it took what me to choose as the film Ned Kelly of 2003 directed by Gregor Jordan. Leaving of side the photograph of the films. The script and sonorous track of the films are spectacular, make you to want to see the film, exactly that it has four hours of duration. In the first film Brad Pitt Jesse incarnates James, the film more seems to be a document of the last actions of the lendrio Jesse before the enunciated fact already in the heading of the film and also of the trajectory of its assassin.

Ned Kelly lived for already the deceased actor Heath Ledger, already is one brief biography of what he was this son of Irishans who lived 25 years simply and if became an icon of history Australian culture. After to attend the two workmanships could until saying that I made a choice of sessions for cine club, therefore the two films and the personages have very in common, not only in the aesthetic work, without mentioning that they are workmanships and personages of different countries. Jesse and Ned before being kept out of society had been agriculturists, still died young, if they had become mrtires and rejections of the law for stealing banks of the governments that directed its countries, had also been contemporaries without never having been next. Ned Kelly was hanged to the 25 years in 1880 in Melboune and Jesse it was assassinated to the 38 years for the coasts in 1882 in the State of the Missouri. They had been thieves, rejections of the law and wanted by its compatriots. For terms an idea to exempt Ned Kelly had harvested 32 a thousand signatures for its acquittal, but exactly thus the Victorian policy preferred Ned dead. More the exploit of Ned Kelly as empolga is counted today through the cinema and in them makes to want to know this young that died only with one room of a century. Today it is possible to buy t-shirts with the Image of Ned.

assassin of Jesse, Bob Ford he found that beyond he rewards would gain the gratitude of the people, arrived to together stage for the country with its brother the murder of Jesse, that at the time coward for fns of Jesse was called the repetition of an act James. They are two personages who had been inserted in the popular culture of its places of origin. Valley the penalty to attend to these two films. Two great productions that with certainty will go to call its attention. It is possible that after the film you want to know more on Ned and Jesse. It is possible until citing Ned Kelly as a species of Jesse Australian James, a time that Jesse was older and according to history its first homicide was to the 14 years. In this point the cinema instigates to the knowledge and the research. You make to think to reflect to look versions. To search the origin.