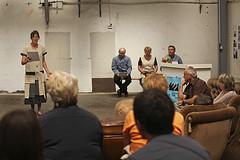 The existential logic determines the way as we will go to react to the stimulatons, taking off of the emotion its impulsive character. Since we are moved, in our process of interaction, for existential logics and each one of them it has an idea force that dirige our attitudes, behaviors and thoughts; I ask: It will be that it is the emotional a bigger cause of our sufferings and of our disequilibria or will be the way as interpret our experiences, through our existential logic, the causer of everything? Let us think! If each experience generates an idea force and this, in turn, generates an existential logic that, in turn, if it uses of different emotional expressions to disclose to the exterior world what we are feeling; how, then, to keep and to justify an emotional expression without the reason is not present? In the construction of the existential logic, reason and emotion are partners. Both are parts of the same tram, not being able to be analyzed separately. Each one inside has its function of the construction and the expression of our existential logic.